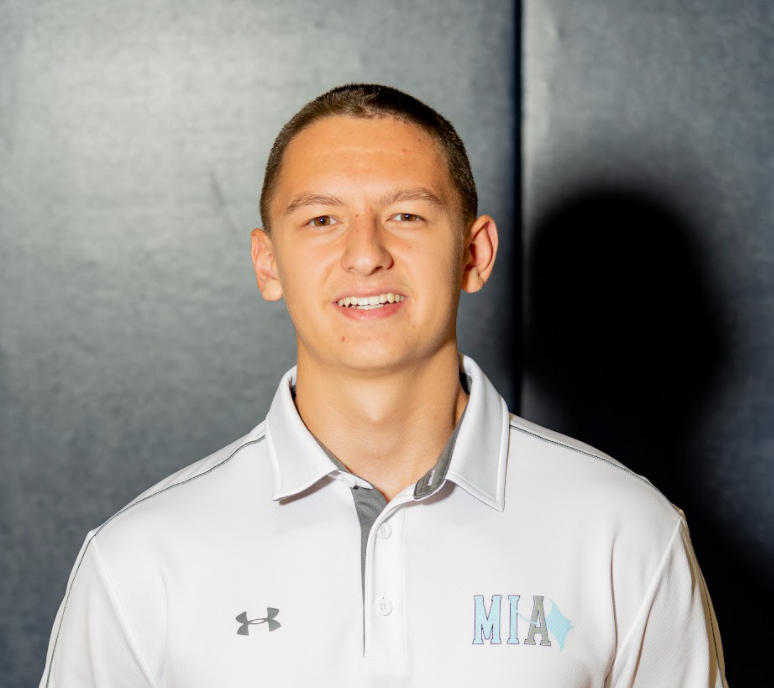 Having moved from Pennsylvania to Marco Island before his Junior year in high school, Colin Donegan has experienced a “major change in pace and size” when compared to that of his bigger Pennsylvania high school.

Now, a senior at Marco Island Academy, Colin Donegan has been a part of the MIA boys golf team for the two years that he’s been at the school. However, Colin has been playing golf since he was twelve years old at club level outside of school. When he moved down here, Colin saw it as an opportunity to “improve upon his game and continue playing in the future.”

Colin states that his best season of golf at Marco Island Academy was his senior year. He explains that he’s improved his game tremendously since he had started playing at the beginning of his junior year. He states that “practicing multiple times a week” helped him refine his form and consistency on the course. He also mentions that through the help of his coaches, Mr. Butler and Mr. Miller, he had a better opportunity to improve his game.

Besides playing golf, Colin also plays ice hockey, which he has been playing since he was six years old. Back in Pennsylvania at his old high school, Colin states that he played on the varsity ice hockey team during his sophomore year, where he improved his hockey skills. Playing club ice hockey outside of school and being on the varsity team made way for Colin to win multiple championships along the way.

At Marco Island Academy, Colin states that two of his favorite classes were Mr. Butler’s AICE English Literature and Mr. Swope’s Physics class. He states that he enjoyed the “laid back atmosphere” that both teachers created, along with their “teaching style and caring attitudes.” With the welcoming environment that MIA provides to all students, Colin states that he’s enjoyed his time at the academy.

After graduating, Colin plans on attending a college in Florida. Though he doesn’t know which one, he does know that he wants to major in accounting or finance and pursue a career in law enforcement.