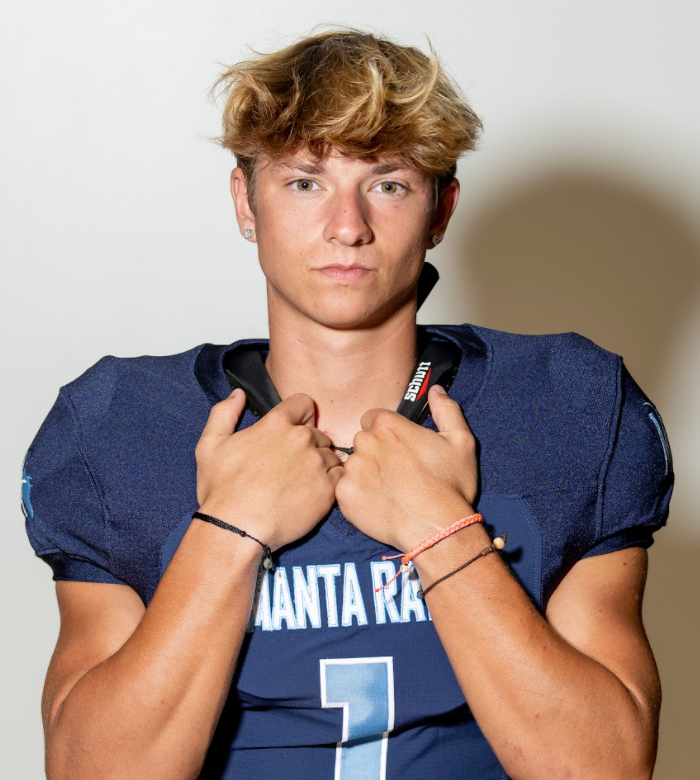 At seven years old, he picked up his first football. He’s played the sport twice in his time here at Marco Island Academy, and it was there that he created lifelong friendships. His passion though is lacrosse, which he has been playing for nine years now.

Luke McLain came to Marco Island Academy from Maryland just before his freshman year. He played football during his sophomore and senior years, and states that he chose to play because he saw it as “an opportunity to stay in shape, be a better athlete, and be a better player.” Luke recalls that his best football memories come from his sophomore year football season, where he played wide receiver and had “multiple receptions every game.” He also enjoyed playing on the team alongside his friend Kyler.

His other passion, lacrosse, is one sport that he’s played throughout his entire high school career. During his freshman and sophomore years, Luke played lacrosse on the Lely team. He says that it just “wasn’t the level of lacrosse that [he] wanted to play at.” However, for his final years in high school, Luke has had the lucky opportunity to play lacrosse for one of Florida’s top teams in the state, the Gulf Coast High School Sharks.

When he isn’t wearing his cleats or passing the ball, Luke spends his time hanging out with friends and family. He also enjoys working on his truck, fishing, and going off Marco’s shores on his boat.

At Marco Island Academy, Luke states that one of the biggest things he’ll be taking with him is his improved confidence and drive to work hard. He’s learned that “anything is possible if you work hard for what you want.” His favorite classes at MIA were AICE English General Paper and AICE English Literature. It was in those classes that his reading and writing skills were improved, and he owes that to Mr. Butler. You could say Mr. Butler is his favorite teacher.

As for his time after Marco Island Academy, Luke plans on attending the University of Tampa to play lacrosse and study business and marketing. He plans on graduating with a real estate license to pursue a career in real estate.