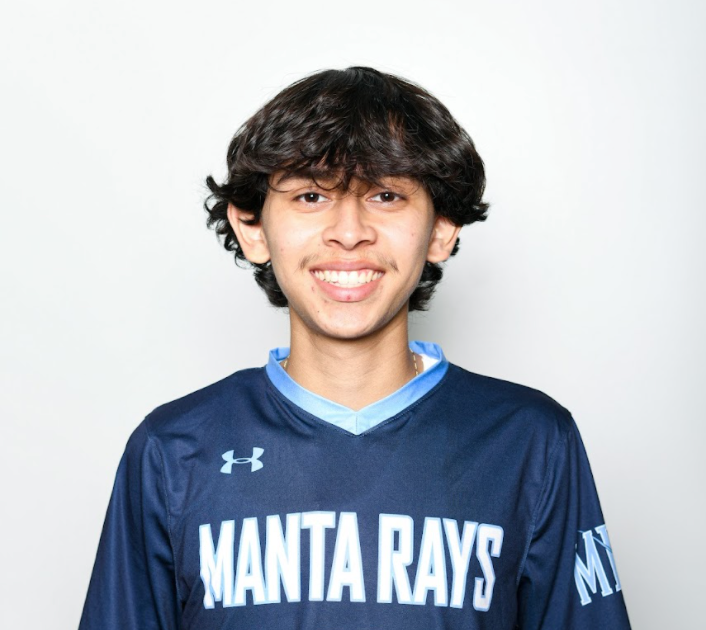 Coming to Marco Island Academy for his sophomore year, Jorge Vargas has enjoyed watching the school grow into what it is today. Now, he is a senior and has been the starter for the boy’s varsity soccer team since he first came to the school. Jorge has actually been playing since he was just four years old, and it was then that he immediately knew that he loved the sport and wanted to continue to play it throughout his school years.

His freshman year was spent off the soccer field. It was when he came to Marco Island Academy that he started his high school soccer career. Whether it has been during pre-k or high school soccer, Jorge’s favorite memories have been growing up with the team and having it feel more like a family. He states that his favorite memory is “when my friend scored his first-ever high school goal as a senior.” He’d like to shout out Juan.

Going into the senior year has been a memorable experience for Jorge, as this season has been his favorite. “My highlight thus far in my senior year is being the top scorer for the team. There are definitely a lot of emotions going on during these last few months of high school. I am mainly nervous but excited at the same time.” Jorge’s favorite memory at MIA has been seeing it develop, “From the trailers to the first being in the building it is amazing how far it has come. MIA has helped me step out of my shell and become a better public speaker. Teachers pushed me out of my comfort zone but it has helped me be more confident speaking in front of others.”

Jorge states that the teacher that has most impacted him during his time at MIA has been Mr. Scalia. He shares that “He has made me become a way better writer than I once was, I was never a good writer until I went into his class and his class brings me so much joy and entertainment” Jorge expresses how this also helped him enjoy his time at MIA much more.

In his free time, he enjoys spending time with his family and friends whether that is gaming or playing other sports that he enjoys. Jorge plans to attend a four-year college and eventually get his general contractor’s license.