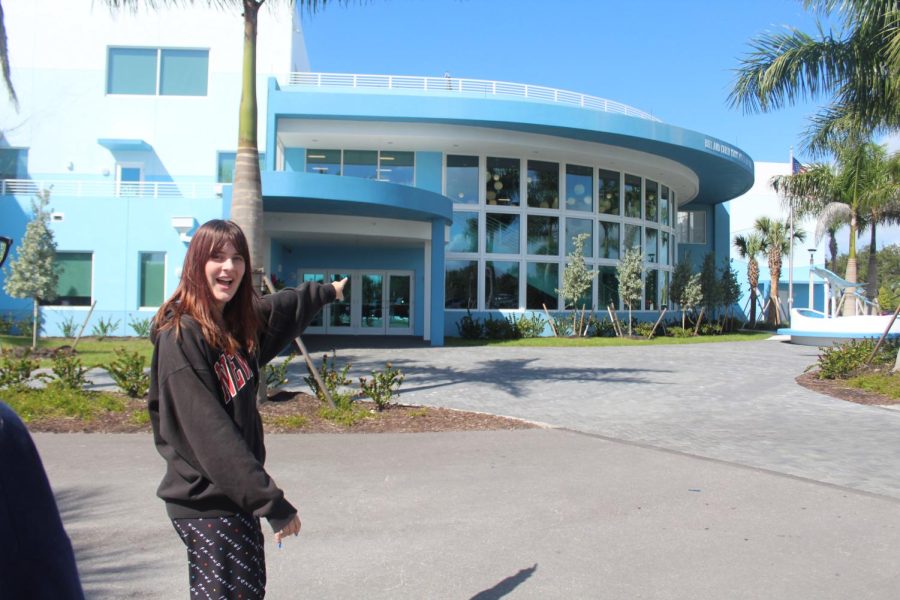 Danish exchange student, Astrid Fossoe, explains what her native country is like. She explains their politics, the school system, the national cuisine, the language barrier, sports, and means of transportation.

Denmark is a tiny Nordic country divided into three regions, Zealand, Funen, and Jutland, located just above Germany with a population of 5.8 million people. The capital is Copenhagen, which is located in Zealand. I am from Odense, Denmark’s third-largest city located in Funen with a population of two hundred thousand people. Denmark is one of the top three happiest countries in the world.

Denmark is one of many few countries that still has a functioning royal family. However, both the state and royal house are separate. The Danish royal house goes back to the year 985, when it was ruled by Gorm the Old. In 1849 the constitution was changed, which meant that a woman could lead the royal house. Today the entire royal house is ruled alone by Queen Margrethe the 2nd. Queen Margrethe is eighty-three years old and known for being very down-to-earth and smoking quite a few cigarettes. The rest of the royal family also has a reputation for being very ordinary. Their young children all go to school with other Danish kids and often have friends visiting the castles.

Within politics, Denmark is a unique country, partly because we do not only have don’t only have two parties; we have seventeen, which all sit in the Danish parliament. Danish politics is structured in such a way that there is a prime minister who must work together with the other parties to pursue politics. This ensures that no monopoly is run in parliament. For example, a law cannot pass without a majority in parliament.  The Prime Minister of Denmark is Mette Frederiksen, the country’s second female Prime Minister from the Social Democrats party. She has been in power since 2019 and has done a fine job making the citizens of Denmark proud.

The Danish language itself is one of the most challenging languages ​​to learn because it is so advanced and the complexity of different sounds. The Danish alphabet also has 29 letters and is the only country in the world that has Æ, Ø, and Å as letters. Even though Danish is the official language in Denmark, almost all Danes can speak some English. As an American, you could quickly go to Denmark and get by just speaking English.

Danish school is about safety. In Denmark, you don’t change classmates in every subject, but you stay with the same twenty-two people. In addition, you also go to the same school for ten years which is required. Anything after these years is optional but would be equivalent to going to college in the United States. As part of the safety protocol, you are also expected to address your teachers by their first name and never their last name. It would be completely informal if you addressed a teacher as either Mr. or Mrs. and then their last name.

There are no sports in Danish schools. It all takes place in associations that only consist of volunteers, for me this association is handball. Once I go back to Denmark, I will attend a local gymnasium where I will meet other girls from different schools and play/compete with them. Handball itself was invented in Denmark back in 1872 at a school in Funen, Denmark is now a two-time champion in handball, winning its first champion title back in 2019.

In Denmark, we eat a lot of pigs and potatoes and drink a lot of water – which of course, comes straight from the tap. In addition to water, many Danes drink ‘Faxe Kondi,’ which is a Danish soda that tastes like a mix of ginger ale and sprite. This is my absolute favorite soda, and I miss it immensely. The Danish national dish is fried pork with parsley sauce and potatoes which was very prevalent back in the 1970s but is not eaten as much anymore because of the introduction of modern food, for example – potato chips. The most popular flavor among most Danish is sour cream and onion.

Public transport is viral and safe in Denmark, and almost everyone uses it. Because Denmark is an equal country when it comes to gender equality, it is very abnormal for a woman not to work the same as men in Denmark. This is also one of the reasons why children often take public transportation because both parents are at work. I have always either biked or taken the public bus to school since it is very typical only to have one car per household. In Denmark, we’ve got it all, buses, trains, metros, trams, electric scooters, and bikes which are all means of transportation that are used efficiently.

All the things I have mentioned fall into the category of ‘hygge,’ a concept for a warm and cozy feeling of being in good company or enjoying your own company. Denmark is the only country globally that has a word for that feeling. For example, we eat dinner together every night or take family bike rides. Community is a very high priority in Denmark.

If you would like to research more about Denmark, you can go to the websites https://denmark.dk/ and https://www.visitdenmark.com/.