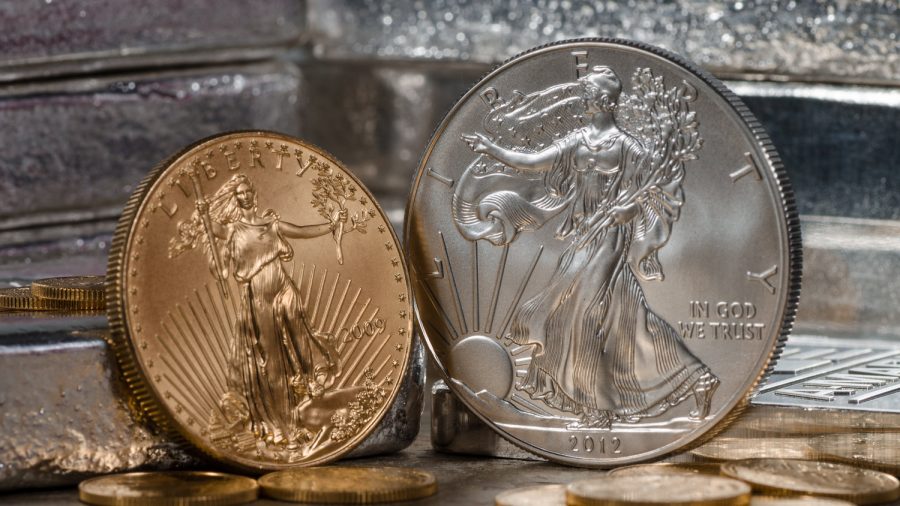 The Evolution of Liberty

Since the beginnings of a young nation, the personification of Liberty has played a prominent role on American coinage. Although its portrayals have adopted numerous changes over the centuries, the depiction still remains a testament to the ideals of America’s foundings; freedom, opportunity, equality, and of course, liberty.

The imagery of Liberty has existed for millennia on coins, dating back to coins of the late Roman Republic, in which the Roman goddess Libertas was portrayed on countless government issues. When precursors to revolution initiated in the early 1770s, Liberty’s personification became growingly apparent in the colonies. Liberty became an allegorical representation of the early American patriots, and served as a rivalry to Britannia, the national personification of Great Britain.

Under the Articles of Confederation, it was the responsibility of states to mint their own coins. The Coinage Act of 1792 established national coinage and denominations, along with the United States Mint in Philadelphia. The legislation called for the obverse (front of the coin) of coins to be inscribed with the word ‘Liberty,’ along with her imagery and the date. The depiction of an allegorical figure representing an American ideal on a coin was much more pleasing to the masses than a sitting president, which was deemed too monarchical by President Washington.

In 1793, the first federal issue intended for circulation was released. Dubbed the ‘Chain Cent,’ the large copper cent featured Liberty with flowing hair on the obverse, whose untied hair symbolized America’s newfound freedom. A linked chain representing the newly unified states dominated the reverse, or back of the coin.

The design was met with disapproving opposition from the public; an article in the Boston Argus publication went as far to describe Liberty as ‘in a fright,’ and a letter described the representation as portraying an ‘Idiot’s head with flowing hair.’ The design was quickly revised in 1794, making way for a revamped Liberty that would remain on the large cent for just three years.

By 1796, the ‘Flowing Hair’ design that appeared on numerous denominations had been replaced by the ‘Draped Bust’ series. The new design portrayed Liberty donning drapery, and was present on the obverse of all copper and silver coins minted from 1796-1807. Full of intriguing history, these coins remain a testament to America’s early years, and are extremely sought after among numismatists.

In 1807, yet another depiction of Liberty came about, featured on the obverse of the half dime, dime, quarter, and half dollar. The new design, classified as the ‘Capped Bust’ series, proved to be popular, as seen through the duration of its minting, which lasted as late as 1839. Now facing left, the design showcased the bust of Liberty, adorning a gown and an elegant cap. Liberty appears to be older and more matured, a comparison to America as an evolving and growing nation, flourishing upon its success and accomplishments.

In the 1830s Liberty was changed once again. The new portrayal, classified as the ‘Seated Liberty’ series, was present on most silver coins from 1836-1891. The design depicted Liberty in full figure seated upon a rock, grasping a Phrygian cap topped on a liberty pole, popular representations of freedom and liberty made popular by the French Revolution of the late 18th century. Another indication of its French inspiration, the new design closely replicated the 1794 painting, La liberté, by painter Nanine Vallain. Liberty’s representation in the Seated Liberty series is regarded as neoclassicist in style, which experienced a height in popularity during the Age of Enlightenment.

1859 marked the first year in which the iconic ‘Indian Head cent’ was minted. The design featured Liberty wearing the headdress of a Native American chief, and was the size of a modern-day cent, a contrast to the size of its pre-1857 predecessors that were nearly the size of a half dollar. The design lasted until 1909, when it was replaced by the Lincoln Wheat cent, which was the first American coin to showcase a president. A similar design to the Indian Head cent was featured on the Three-dollar gold piece, struck between 1854-1889.

The Bland-Allison Act of 1878 authorized the government to purchase large quantities of silver to convert into silver dollars. As a result of this legislation, the United States Mint issued the new ‘Morgan dollar,’ named after its designer George T. Morgan. The coin would be minted from 1878-1904, and once again in 1921. Its revolutionary design featured Liberty wearing a Phrygian cap, decorated with a ribbon stuffed with wheat and cotton, a symbolic nod to the country’s agricultural powerhouse long featured on American coinage. The portrayal of Liberty on the Morgan dollar is traditionalist in style, inspired by classic Greek portraits and figures.

Designed by Chief Engraver Charles E. Barber, a new design of Liberty came about in 1892. Highlighted on the new dime, quarter, and half dollar, it was clear that the design was heavily inspired by the classical Roman woman. Also influenced by the French coins of the time, the design of Liberty was rooted in the traditional European style. Liberty’s design on the coins was the center of public dissatisfaction, and was criticized for its visually unappealing design; the appearance only got worse after the coins were worn slick due to heavy circulation.

The years 1907-1916 marked the beginning of the ‘Renaissance Era’ of American coinage, in which the most iconic and timeless coin designs would emerge. Under the guidance from numerous presidential administrations, the United States Mint revamped every existing denomination during this period. In 1907 and 1908, the gold coins were revamped, replacing the ‘Liberty Head’ gold pieces which had been struck since as early as 1838. Similar to the Indian Head cent, the new $10 gold piece portrayed Liberty wearing a feathered Native American war bonnet. The new $20 gold piece, the Saint-Gaudens double eagle, featured a full-figure depiction of Liberty in a flowing gown clenching a torch and an olive branch in her hands.

Curbing to the universal displeasure that the ‘Barber coinage’ received, the silver denominations underwent their own changes in 1916. The new dime, quarter, and half dollar each featured their own designs, a departure from the shared designs of their historical predecessors. The dime now displayed Liberty wearing a winged cap that closely resembled that of the Roman god Mercury. The new quarter displayed Liberty in a standing position clasping an olive branch and a shield in hand. Designed before the United States entered World War I, the design signified America’s readiness for war or peace. Rooted in patriotic symbolism, the new half dollar portrayed Liberty in a walking stride, draped in the American flag and bearing branches of laurel and oak, significant of civil and military glory. Since its retirement in 1947, the ‘Walking Liberty’ half dollar has remained the last circulating American coin to feature the personification of Liberty, as all denominations were replaced by portrayals of presidents or prominent figures.

In December 1921, a new design of Liberty appeared on the ‘Peace dollar,’ which commemorated the end of World War I. A symbol of changing times during the 1920s, Liberty appeared younger and to have taken on the style of a flapper. A Philadelphia based publication stated that Liberty ‘has lost her Greek profile’ and that the Helenic beauty of its predecessor had been ‘superseded by the newer ‘flapper’ type.’

The 21st Century And Beyond

Although Liberty has not been featured on any circulating coin since 1947, many portrayals of the iconic American figure have appeared on non-circulating modern commemoratives and bullion issues. To commemorate the 100th anniversary of the simultaneous minting of the Morgan and Peace dollar in 1921, the United States Mint will reissue both designs as silver commemoratives not intended for circulation. 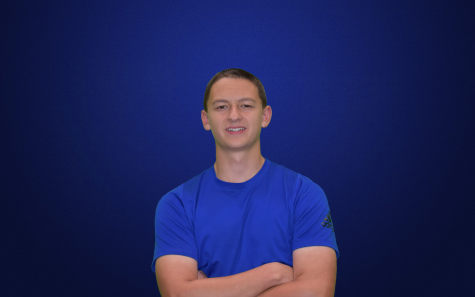 Colin Donegan is a senior at Marco Island Academy and the News Editor for The Wave. He likes to play ice hockey and golf and enjoys running and working...