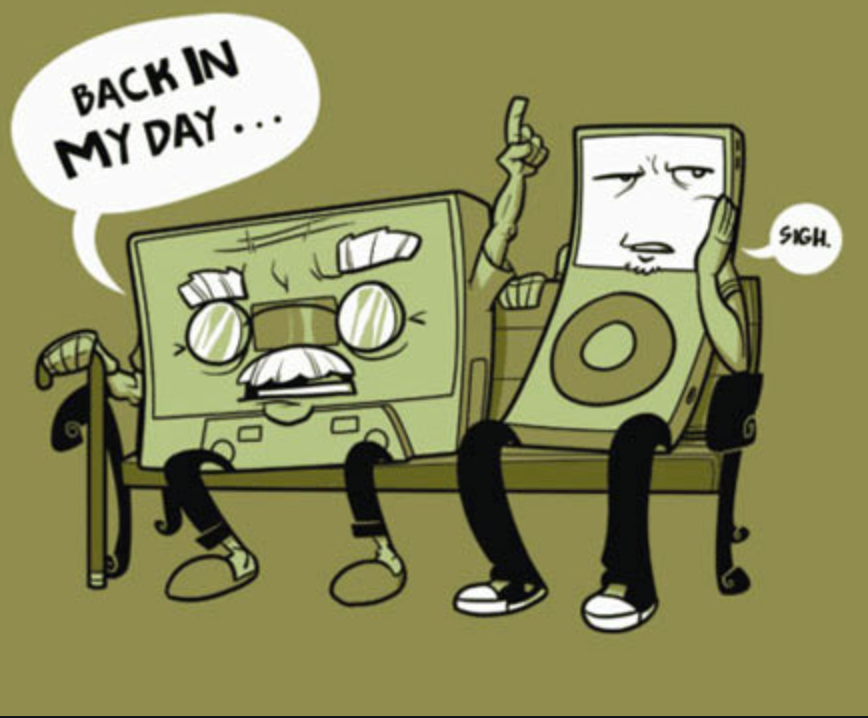 Remember when cell-phones were still somewhat new to the world? When the first iPhone came out in the middle of 2007, it was offered with two versions; the 4 GB model and the 8 GB model. The price? Well, that was between $500 to $600 depending on which model the consumer purchased. Fast forward to today, and cell phones have become lighter, somehow thinner, and bigger in size. Samsung’s first Galaxy phone came around two years later in 2009, and was offered to consumers with a price tag of $645. The latest iPhone model, the 12 Pro, has a price tag of just over $1000. In a matter of 13 years, the iPhone has become sleeker in design and now offers 3 cameras instead of one. Samsung’s Galaxy lineup offers 6 different models, with the most expensive being the Galaxy Z Fold for a whopping $1500. Just think about it- in a matter of about 10 years, the cell-phone has essentially become a foldable piece of technology with cameras that can match or one-up a traditional DSLR camera.

From its initial release in 1975 as the MITS Altair 8800, personal computers have come a long way in both software and price. The Altair 8800 cost roughly $440 in 1975, which is about $2100 in today’s money. One year later, the Apple 1 personal computer was released for an interesting price of $666.66 – costing about $2,995 in today’s money. Now, nearly 46 years later, computers range anywhere from $1449 to $5200. The price depends on the processors that the computers come with and added features. For example, Apple now offers a MacBook Pro with and without a touch bar for either a 13-inch or 16-inch model. The touch bar adds about $300 to the MacBook for a total of about $1300. Should you choose to opt for a 16-inch with an Intel Core i9 processor with the touch bar, you’ll be paying $4200 – yes, that’s the price today. You can get a computer for an affordable price of $1300 or you can get an extra three inches with a faster loading rate for an extra $2900. Seems about right.

If you had a normal childhood, chances are you’ve owned a Nintendo console at one point or another. This is where most of our gaming careers started out; playing Super Mario on the Wii or even as far back as on the GameCube. While the price of game consoles have remained pretty consistent, ranging from $300-$600, the actual games have spiked in price. Back during the release of the Wii, game discs would set you back an average of $30-$40. However, just a few years after the Wii’s successful release, games started to cost anywhere from $60-$80. Since then, games have remained at about the same price. Game developers started making better games with better graphics and longer playing time, so this was the only way they were going to be able to make a living. But just think back to the early days of gaming, when PlayStation and XBOX games were about $30. Now you have to spend the $500 or so on the console and add another $60-$80 to that just so you can play a game. Your wallet is going to hate you.

In today’s world, almost every new car has a screen for the infotainment system – that’s your radio control and air conditioning unit. These screens are anywhere between 4 to 56 inches. Those 56 inches take up nearly the entire width of the car and are a part of Mercedes-Benz’s concept called the Hyperscreen. Included in the Hyperscreen is the gauge cluster, which displays your speedometer, tachometer, and fluid gauges. Look back 15 years from today, and you’ll see that the pinnacle of luxury radio in a car would be a disc reader and anywhere between 6-12 preset options. Now, cars come with touch screens that feature Bluetooth, navigation systems, nation-wide radio station availability, and multiple customizations.

Beginning in 1991 when the internet became open to the public, Amazon jumped on the eCommerce bandwagon and was one of the first sites in the United States to start selling goods online. That was 30 years ago now. As time went on, Amazon’s success led to more big-brand conventional stores, like Walmart and Target, opening their own online stores and begin selling their products online. Online shopping has often been regarded as the future of shopping, and it’s starting to show. With the pandemic outbreak in 2020, a spike in online shopping has occurred – essentially putting conventional shopping to rest. Malls across the United States have begun to close shops as Amazon pushes its way up the spectrum, and it’s somewhat frightening.