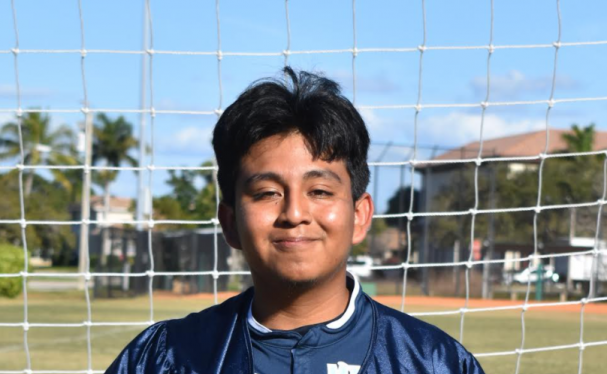 As a three year member of the Marco Island Academy boys soccer team, Juan Rojas has been improving since he began playing his sophomore year. As a striker, Juan said, “this has to be the best season, because of how well I am doing.”

His statement stands true for the entire soccer team. The boys have made major strides throughout the season, recently winning the PCAC Championship.

Soccer isn’t the only sport Juan played. He is also a member of the MIA Boys Cross Country team. Though he’s only ran on the XC team and played soccer, Juan favors basketball. When he isn’t playing sports, he spends his time hanging out with his family or his friends but enjoys his free time most when he is listening to music.

Four of MIA’s amazing teachers have left lasting impacts on Juan; Mr. Butler, Mr. Eder, Mrs. Galiana, and Mr. Bruce. Attending a school where teachers have more one-on-one interaction with their students has definitely contributed to Juan’s academic success. However, much like the majority of us, Juan says that “making new friends” has had the biggest impact on him.

After he graduates, Juan has plans to attend college and major in real estate and business.