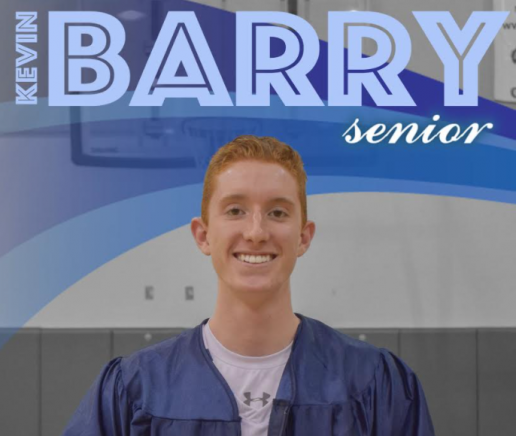 Senior Kevin Barry has been “balling up” ever since he can remember. From a young age, Kevin was said to have the biggest smile on his face whenever he watched anyone play basketball, his parents recognized this and bought him a mini-hoop and hung it up on the filing cabinet in their apartment. From then on, his love for the game only grew stronger.

At an early age, Kevin has always been an amazing addition to the world of basketball. As a kid, Kevin scored almost all of his team’s points. He then proceeded to yell at the referee for not calling a foul which led to him getting kicked out of the game.  His competitive spirit was already showing early on, this spirit would be taken with him for the rest of his basketball career.

Kevin is way more than just your average baller, he loves taking part in anything that involves being athletic or simply using strategy. He has also competed in essay and oratorical contests centered around inspirational writing and optimism.

Kevin, unlike most high school athletes who have yet to decide if they want to play in college or not, has actually applied to 20 schools all across the country to keep his options open. He wishes to pursue a liberal arts education centered in the social sciences, and he is especially interested in psychology, philosophy, political science, sociology, and economics.

Although Kevin may seem like he only focuses mostly on sports and academics, he is actually very drawn to certain aspects of the arts. Kevin’s parents always said “Keep doing the little things right, and great things will happen”, and this has stuck with him.