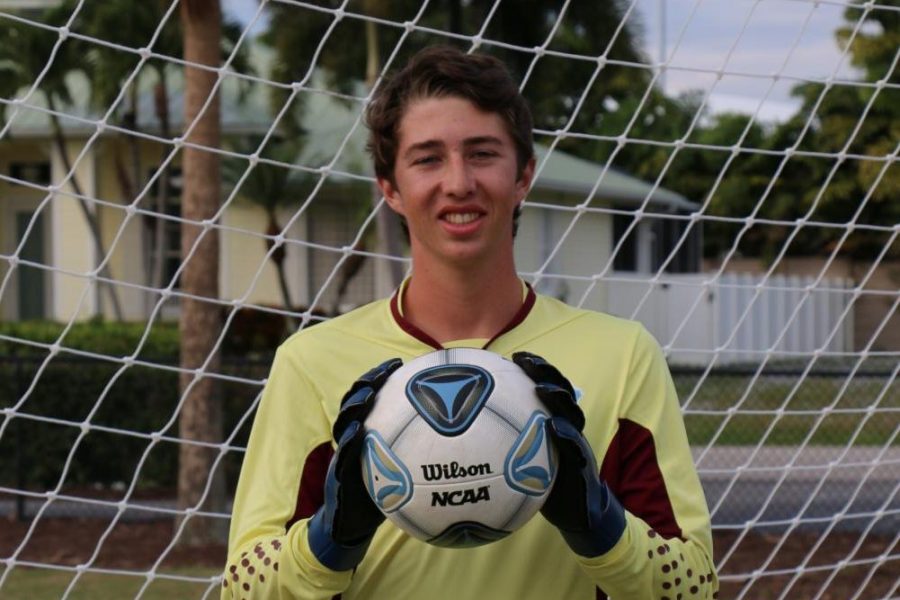 The Marco Island Academy Boys soccer team has had a successful season this year. The boys team recently won the PCAC Championship with the help of their goalkeeper, Tyler Chute.

Although Tyler favors baseball as his main sport, he has devoted all four years at MIA to the boys soccer team. He has created friendships and developed many skills along the way that apply to not only soccer but his life at large.

In his free time, Tyler works for his Dad’s charter company, Six Chuter Charters. He explains that, “Over breaks and weekends, I work on the charters as a first mate.” Besides this, Tyler enjoys fishing with his friends and hunting with his family.

Marco Island Academy’s small size proved difficult for the boys soccer team, but Tyler remained confident in his team’s ability throughout the season. He explained, “One of the hardest things to overcome from a small school is having to play these larger schools in sports… This being said, rather than just giving up, it has taught us to play to our standards and defy odds.” You can’t win them all, but strong perseverance leads to successful results, like their outstanding win of 7-0 against Donahue Catholic.

Tyler’s educational interests might be different than the majority of us; he favors math. When asked why, he replied, “I always found it easy. Then again, I have had the same math teacher [Mrs. Koch] for all four years, and she has made learning complex topics a lot easier.” It’s easy to say that the teachers are what makes MIA such a unique school. They always know how to make learning less stressful and more interesting.

Although he spent his high school years playing soccer and baseball, Tyler does not plan on following a career in sports. Instead, Tyler plans to attend Florida Atlantic University (FAU) to major in ocean engineering or marine biology.