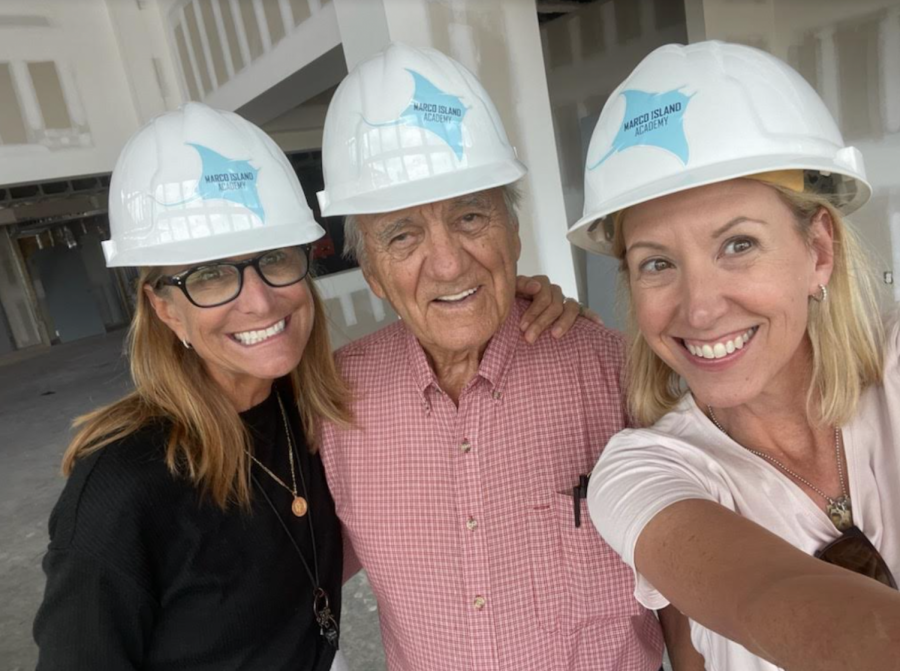 Every dream starts with a humble foundation. It takes a great deal of hard work and dedication to reach your destination. Construction is no easy feat; whether you are building your future or a state-of-the-art campus, the foundation must be solid.

David Gardner is no stranger to the art of construction. Building his construction company from the ground up, this Cape Cod native became a successful entrepreneur.

He found himself on Marco Island after receiving an offer to wine and dine with the locals. A new opportunity arose when he was given the chance to buy property. In exchange, the trip to the island would be free. After purchasing a home on Marco Island, he soon fell in love with the island’s atmosphere. This is where Gardner began a new foundation. Soon, this bond would lead him to sell his house up north and reunite with his home on Marco Island.

David Gardner continued building bonds and creating new foundations wherever he went. His local Lions Club acted as a new slate, where he would later meet Jane Watt. This is when his legacy at Marco Island Academy began. Watt had dreams of building a school on Marco Island for local high school students. Gardner had friends whose children went to a large Naples high school, and he agreed that there was a need for a smaller high school on Marco Island. It all started with a dream, much like a blueprint. The two began collaborating and working hard to bring this dream to life. Gardner generously donated money and offered his help for the project.

“Kids always look up to me, and I want to be able to give back and help them.” Now, students at Marco Island Academy will have something to look up to – the new building. Standing tall as a symbol of resilience and honor, the new MIA campus will embody those who worked hard to make the dream a reality.

Gardner is optimistic about the new building because of the excitement it will bring to the community. He knows that MIA is special, and that the school is student-centered with an emphasis on community and leadership. He is optimistic about Marco Island Academy’s ability to provide students with new opportunities and a continued improvement to their overall learning. Gardener loves Marco Island, and he cannot wait to see how the new school will help the island foster creativity in MIA’s students.

Marco Island Academy would like to thank David Gardner for teaching us to not overlook the foundation and for constantly supporting our MIA family. It all starts with a foundation, how you build upon it determines your success.