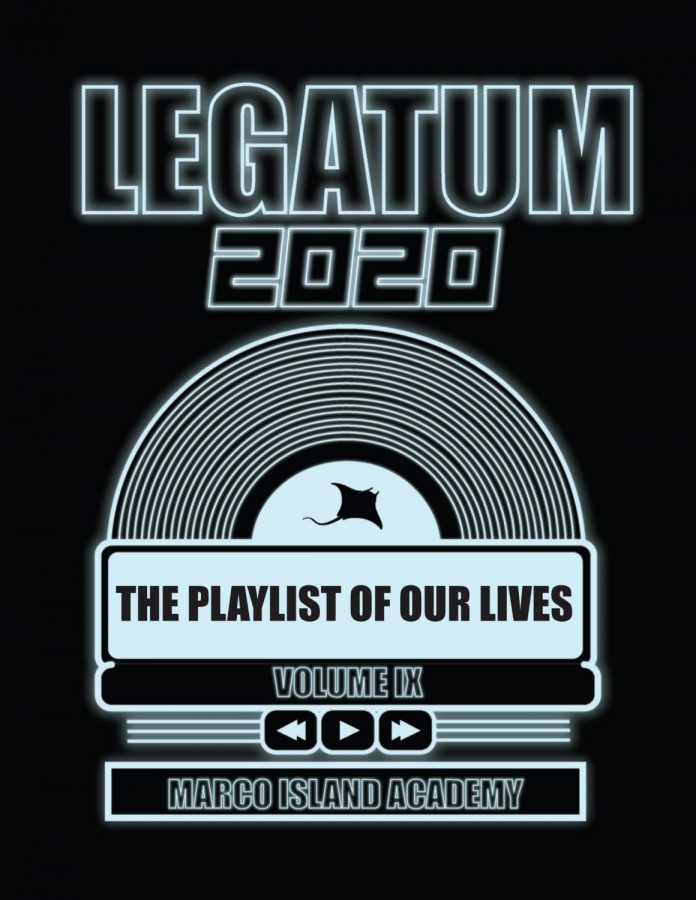 After much anticipation, the Marco Island Academy yearbook cover for the 2019-2020 school year has been unveiled. Senior Angel Owen Turner was tasked with designing a cover in line with this year’s theme: “The Playlist of our Lives.” In a matter of a few days, Angel created a cover never before seen in our school’s history; it is simplistic, though highly detailed, sophisticated, and pleasing to look at.

“I was aiming to show the evolution of music,” Angel said in regards to her thought process. She created multiple versions of the cover; one with a cassette, one in a retro-like style, one with a vinyl record, and finally — the jukebox.

After conferring with the yearbook team and the journalism class, it was ultimately decided that the yearbook would be featuring the jukebox cover.

“It’s simple and it has the school colors, which is what we were aiming for,” she reminisced, “and it was a design that the students wanted.”

“It was very well detailed and captured the essence of what we were looking for,” Cassandra Alonso, Legatum’s Editor-in-Chief explained. She is thrilled with how it turned out and thanks to Angel for her hard work and outstanding contribution.

Stay tuned for more yearbook-related updates and announcements in the coming weeks!